I’ve been writing, too, of course, and reading a lot. But fanart is great fun, so I thought I’d share a bit of that. I recently read and enjoyed a YA low-fantasy novel called Of Metal and Wishes by Sarah Fine – a retelling of The Phantom of the Opera, but set in a factory complex in a reimagined industrial Asia. It’s pretty great, and I had to draw some of the characters. These are, from left to right, Melik, Wen (the protagonist), and Bo: 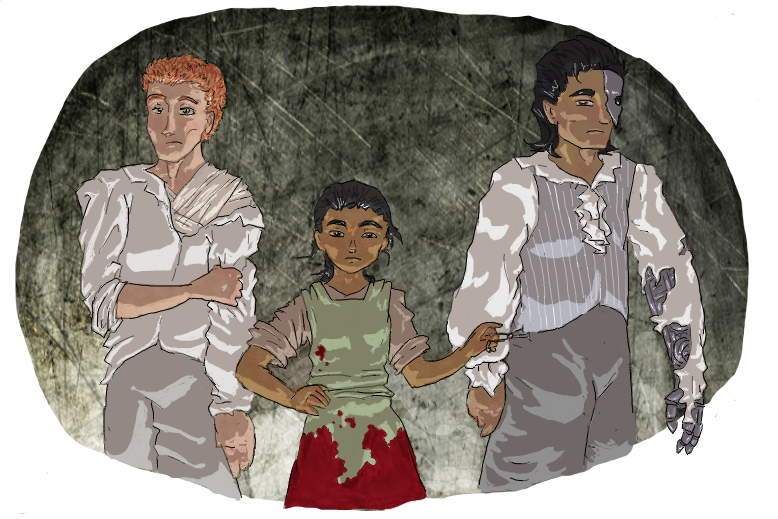 I also drew Bo with a character from another YA fantasy I love, Magic Under Glass by Jaclyn Dolamore. The character’s name is Erris, and in case the drawing isn’t clear, his body is made of clockwork under the shirt. 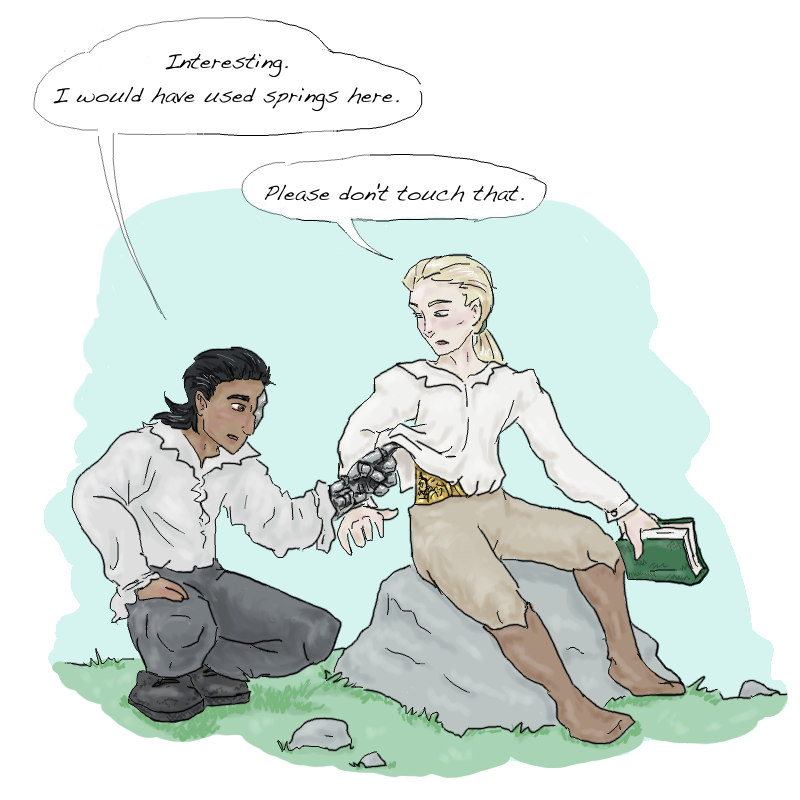 Nothing profound to say about any of this. I mean, I do find creating fanart to be inspiring to me as a writer, insomuch as it’s powerful to be reminded that people can create characters you care about so much that you want to play with them yourself, to spend more time with them and see them expanded. I’ve never written much fanfiction, but it’s the same concept.