Here’s a cool thing to do: go to author readings. Your public library or your local bookstore might have them, and they’re usually free. It’s heartening for the author, even if you don’t buy their book; it boosts the library’s attendance statistics, if it’s at a library; and you get to be read to like a kid and entertained. And, if you’re a writer who’s aiming at publication, you can snag yourself some interesting and useful information.

(Also, for writers scoping out these events, it’s fun to feel like you’re undercover. Taking notes is a lot cooler when you’re “gathering intel” than when you’re “attending math class”.)

Two days ago, I went to just such an author talk, and I learned all kinds of things! The author, Ralph Hardy, has written a novel that retells the story of The Odyssey from the perspective of Odysseus’ dog, Argos. 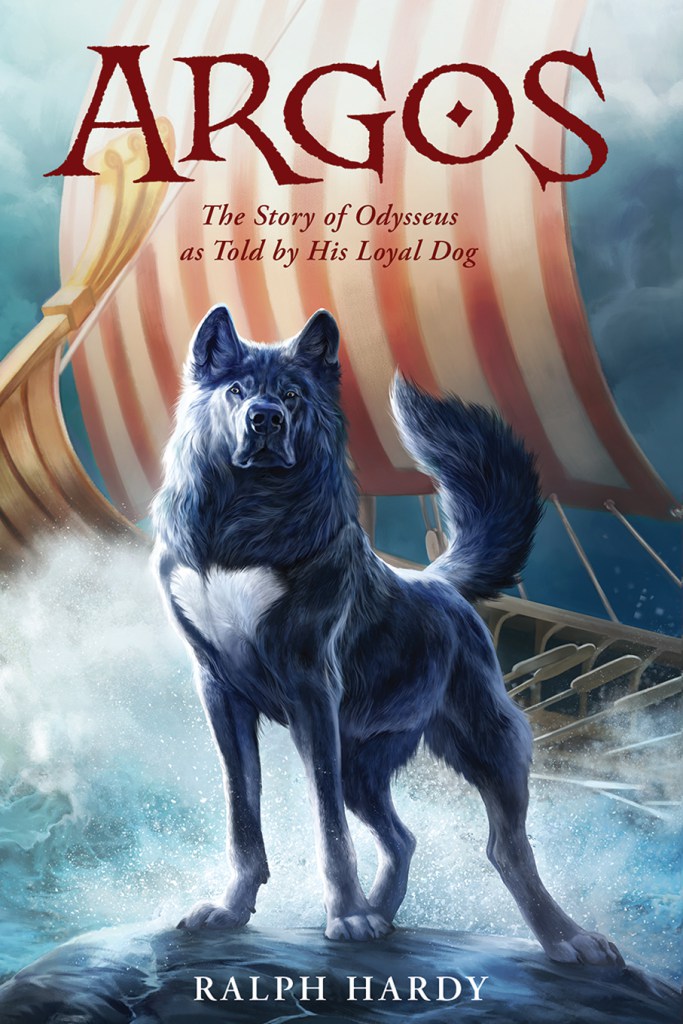 (FYI: I had never met this author, and have no connection to him, except that I think he’s a member of the same SCBWI chapter I am. This post isn’t some kind of sneaky advertising, just my observations.)

The audience was almost half kids under fourteen (at my estimate), which is the book’s target audience. (And, incidentally, will be the target audience for MY dog-centric middle-grade book, so I was especially interested to see how this reading would go.) Then there was the author, a person sitting at a table with copies of the book for sale, and a library staff member to help run the program.

First off, I took notes on how the reading was organized. Here they are, along with some conclusions I drew:

The kids were engaged and interested, if slightly squirmy, which is to be expected for kids that age who just got out of school. But they were very keen on the Q&A. This afforded me another useful learning opportunity: what are some of the questions that middle-school-aged kids might ask an author?

Well, here are the questions they asked. (Unless otherwise noted, these were all asked by kids.)

1, 2, 4, and 7 are variations on questions that I’ve heard authors say they get asked all the time. But it was neat to hear some of the author-specific questions, like 3 and 8.

The audience seemed quite interested in concrete details about publishing. Then again, Mr. Hardy had some pretty interesting ones to share (“There were three rounds of edits. The last one was one sentence: ‘Put it in present tense.'”). They also liked fun personal stories, like how the author did a reading at his hometown library, and his ninety-five-year-old kindergarten teacher attended.

A couple of things that interested me perhaps more than the non-writers in the audience:

See? Just a few of the fascinating things you can learn at an author talk. If you’ve been to any good ones, I’d love to hear about it!